a big wet elephant in the room 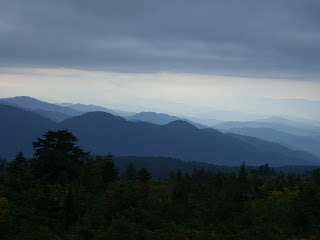 It`s rainy season at the moment in Japan. Perhaps you were unaware that Japan has a rainy season. Well it does, it`s the fifth season that you`ll never see on any of the tourist posters or in any of the package tours. Rainy season is never talked about in a good way. It`s pushed to the fringes of society and it`s arrival is like the feeling you get when you receive the little card telling you it`s time for your annual check up at the dentist.

But I feel sorry for rainy season a bit, I mean, it`s not rainy season`s fault that its rainy, that`s the way it goes. Ce`st la vie! Sho ga nai! The point is conceded; it rains in rainy season, whaddayagonnado?

The anomaly is that rainy season seems to be held in a different regard than the main 4 seasons here in Japan. People seem to love mentioning the fact that it`s cold in winter, or hot in summer, in fact it becomes almost a subconcious act, like breathing. Let me give you two examples of what i mean:

The first is the expression:`SaMUUUi` (the emphasis on the `MU` sound is very important here as if one is doing an impression of a cold cow). This will often be heard while standing at traffic signals in the middle of winter. It simply translates as `Damn it`s cold!`
Similarly `Atsui`, (meaning `It`s hotter than a glasshouse in the Sahara today`), is exasperated time and time again by everyone during the sweltering summer heat in Japan. It starts off as if one is about to sneeze (as in Ah-Choo), but the `tsui` part of the word is more of an exhalation through ones teeth, which gives it a very onomatopaeic quality. Usage is most common when one is about to collapse on the footpath in a sweaty heap at any moment.

These two expressions are never over used here, they`re often said in passing or when there is nothing else to say. It`s common place to comment on the heat in summer, or the coldness of winter, but to comment on the rain during rainy season is a kind of taboo.

Someone may come into work with a furrowed look on their wet face, carrying a dripping umbrella and make a noise that`s somewhere between a sigh and a moan, like they`re about to give birth to something as they stand by the other wet coats and rain suits and shudder. Exuding their grievance with the weather, but never saying it. If someone comments on how rainy it is during rainy season, it`s met with glances and maybe a concurring yet condescending nod.

What is with that? I mean, like I said, I don`t mind rainy season actually. The rain is good for the rivers , which have transformed from glum looking and glorified smelly puddles to rich veins of fresh, clean water that show their appreciation with rapid applause. The trees smell greener than before, and the streets are lined with colourful umbrellas and rain coats. Accepting rainy season might just be the biggest river to cross, so to speak, maybe once people do that we can start commenting on the rainy season as much the other 4 seasons in Japan. 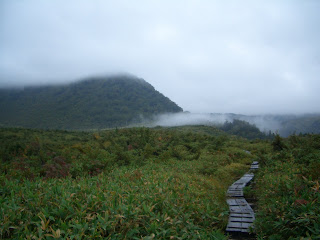 Do you like rain? Do you carry an umbrella? Do you prefer to walk in puddles or around them?
Posted by 松 at 6:54 PM

I never really thought of it that way before. Perhaps japanese just lacks a phrase for "it's p***ing it down". Ame da, just doesn't quite have the same ring to it. Being English I have a natural affinity with the rain ...or something like that. I was utterly unimpressed with the rainy season the first time I encountered it. Call that a rainy season, I thought, barely enough rain to warrant the title!
Anyway, the natsukashii factor of your blog is quite high! Also I'm a little urayamashii, although not of the weather!

You'd never get away without mentioning rain in Ireland. Rain has so many different names and types here and the 'soft day, thank god' is so ingrained in our psyche... what else would we talk about? Perhaps you're right - they're embarassed by the nerve of the rain... I like the words that you explain.

I came over to see your page (per your mothers suggestion), I am in The Shameless Lions Writing Circle with her.

The photos you've included are stunning. Just absolutely breath taking, thank you for putting them up.

Your post is also a good read, interesting and captivating. I sounded out the words in Japanese as best I could. Well written. An intelligent perspective of seasons and rain. Who'd have guessed.

The last paragraph is the best, excellent description.
I had two random thoughts in reading this. I was surprised that you use 'whaddayagonnado', I use that frequently. I don't see it much, except from my friends.
The other thought was in regards to the colorful rain gear. It made me smile. When I went to London the first time, I'd heard that everyone had black umbrellas so I went right out and bought a bright red one.
Nice to know that Japan isn't all black umbrellas.

I enjoyed being here, I will visit again.

I love the rain actually ... Except if it goes on and on and on. Therefore, a rainy season wouldn't suit me.

I don't carry an umbrealla nowadays - I've lost too many of the things ... besides, in Dunedin rain's often accompanied by a strong wind, which makes an umbrella useless.

And (sigh) these days I usually opt for decorum, and sidestep the puddles.

I would only walk in a puddle if it was frozen over...nothing like the first smash of a frozen puddle...oh the childhood memories that this brings to me

And being a backward person I read your other entry before this and I would never carry an umbrella around you :)