It`s all fun and games until...

Some people are scared of spiders and snakes. Others have an aversion to heights or small spaces. Phobias can be a result of a bad experience or because of some unexplainable, obscure reason. I`m not scared of much really, I can handle creepy crawlies, and I actually love the exhilaration of being in high places, knowing that you`re one step from oblivion. But I do have a phobia.

I have an irrational fear of umbrellas. Actually the tips of umbrellas to be precise. What are they called? Is there a technical term for them, like aglets on shoelaces, or are they just called the tips of umbrellas? I tend to think of them as serving the same purpose as an aglet on a shoelace, so, thats what I`ll call them. So, once again, for the sake of this entry anyway, I have an irrational fear of `umbrella aglets` and the effect it would have on my retina if my eye came into contact with one of them at a brisk pace.

I have plumbed the depths of my subconcious to find out if I maybe I`d had a scrape with an angry aglet at some stage during my childhood. Perhaps a painful jab to my eyeball was traumatic enough for me to have supressed the experience and this in turn may`ve explained why I cringe every time an umbrella passes by me at eye level. But, short of hypnosis I`m satisfied that I`ve done enough mental plumbing, and I don`t seem to have ever had such an encounter. It appears, then, that I`m just paranoid of the little buggers.

Back home in NZ I was unaware of even having this fear, as I, nor any other Kiwi come to think of it, really used umbrellas. We just don`t seem to be umbrella people in NZ, preffering to scamper for shelter, use the eaves of shops to wait out a deluge, or simply accept the rain in all its wetness and, get wet. Umbrellas don`t fit the image of your every day Kiwi. We`re hardy people, we don`t need umbrellas.

Japanese people however, are very much umbrella people. They seem to produce them from thin air at the first sign of rain, like a magician might produce a dozen roses from up his sleeve. Umbrellas are everywhere in this country, and very much part of the Japanese person`s daily effects. When I arrived in Japan I was suddenly surrounded by umbrellas of all varieties, colours and flavours. Everyone from kindergarten kids to street vendors would be carrying an umbrella in the rain. I think it was this sudden transition from a culture with no umbrellas to an umbrella filled society that brought my phobia to fruition. The fear of getting my cornea peeled off by an errant aglet - as irrational as it is - began to give me a shiver down my spine, as my imagination took hold. Umbrellas began to look like big cats paws, with claws out ready to pluck out my eyeball and wield it, spiked on the end like an olive on a toothpick. I attempted to give each passing potential threat a wide berth by swerving my upper body this way and that as I walked down the street. It must`ve looked like I was attempting a really bad disco move each time I rolled my way past someone with an umbrella. This was never going to do, as I mentioned, everyone has an umbrella over here, and the streets - at least in the city - are far too packed with people to be attempting drunken master style moves to try and avoid umbrellas.

I toyed with the idea of trying to start a trend by putting a cork on the end of each aglet on my umbrella. Kind of like those stupid Aussie cork hats, but with corks that stayed put and weren`t dangling all over the show. This idea would have been perfect, as I remembered that scene from Dirty Rotten Scoundrels where Steve Martin jabs himself in the eye with a cork modified fork. No real danger of losing my eyesight to a altercation with a cork, at least not a flying one. However, it was that idea itself that didn`t fly, in the end it was a pipe dream. It did however lead me to a solution, which is: as long as I carry an umbrella, I should be out of the reach of anyone elses evil aglets. The theory works perfectly; as long as everyone carries an umbrella, no one loses an eye. But I did say it was a solution, and not the solution. You see, I actually really like walking in the rain, and (as you may`ve pieced together), don`t particularly like umbrellas. I`m still a Kiwi at heart. Umbrellas aren`t for me. I`ll humour them, and use one if absolutely necessary, but I still think of umbrellas as the preserve of the posh. Nothing against umbrella users out there, that`s just my own mental occlusion. 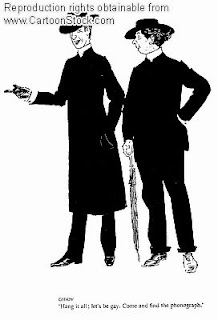 So you see, it`s a bit of a conundrum really, either I walk with an umbrella and cocoon myself in a zone, safe from those `other pluckers`, but feel like I`m conformimg to a social norm for the sake of security (which to be honest makes me cringe nore than any angling aglet). Or, walk, as I would prefer, sans-umbrella and take my chances.

Up until now I`ve been taking my chances with those perilous barbs. Everyone needs a phobia right?

What`s your phobia? Do you avoid it, or face it? Any explicable reasons for having it in the first place?
Posted by 松 at 9:02 AM

Mice! And yes I definitely try to avoid them. And no reason for the phobia that I can think of - unless it's remembering my mother discovering one in the flour bin and her method of getting rid of it - a rather traumatic experience. (I'll tell about it you one day.)

I can't think why you'd be afraid of an umbrella aglet either, O unafraid one. ;)

Maybe if you wore sunglasses.. in the rain... that might make you feel safer. Or goggles?
Eye protection.
Wonder how that would go over with the locals. hmm.

Creepy crawlies. If something is creeping or crawling, I am a dream that once was. Or, if I am feeling brave, I am the RAID terminator (God bles bug spray).

Whats the wind factor over in Japan? Natures wind that is!! not much when its not a hurrican?? maybe thats why they have more umbrellas :)

I too want to hear the story of the mouse in the flour bin although somehow I can image what happened!!!

Choking is my phobia....comes back to a childhood experience...choking on a hard boiled lolly and mums fingers down my throat flicking it out...I was about 3....and I so remember the experience!!!

I'm a creepy crawlie phobic. I used to have horrid dreams about them when I was a child. I also was very squeamish about things in the sand at the beach, but I'm much better now and love the bare sand under my feet.
Umbrellas pointy bits - that's a mystery that needs solving.

The only time I unlease an umbrella is under heavy downpours.

I only carry one (a small foldaway) as a hex against it raining. As we really need rain, I don't tend to carry one at all.

I stomp around sneering mentally at persons who unfurl the brolly at the slightest touch of rain.

Thanks for the comments y`all. I think you`re on to something there McDinzie. Considerably lass wind over here in Japan... umbrellas tend to have more of a chance.
Good to see I have a comrade in my fight against the overuse of umbrellas! (or FATOOU)
Viva le Umbrella~resistance!

WOW. I thought I was the only one with a fear of umbrellas!

I was telling someone just yesterday about my irrational fear of umbrella "nipples".

I'm pleased to know I'm not the only person in the world with this issue.

It's refreshing to learn that I'm not the only person afraid of umbrellas. And I am afraid of the tips. It scares the crap out of me when people are holding them and waving them around without paying the slightest bit of attention to who else is around them.
Unfortunately, I can't hold them myself, because I have a very irrational fear of it shutting on me - claustrophobia? Maybe... but I'm not afraid of tight spaces like in caves. It's bizarre, really.